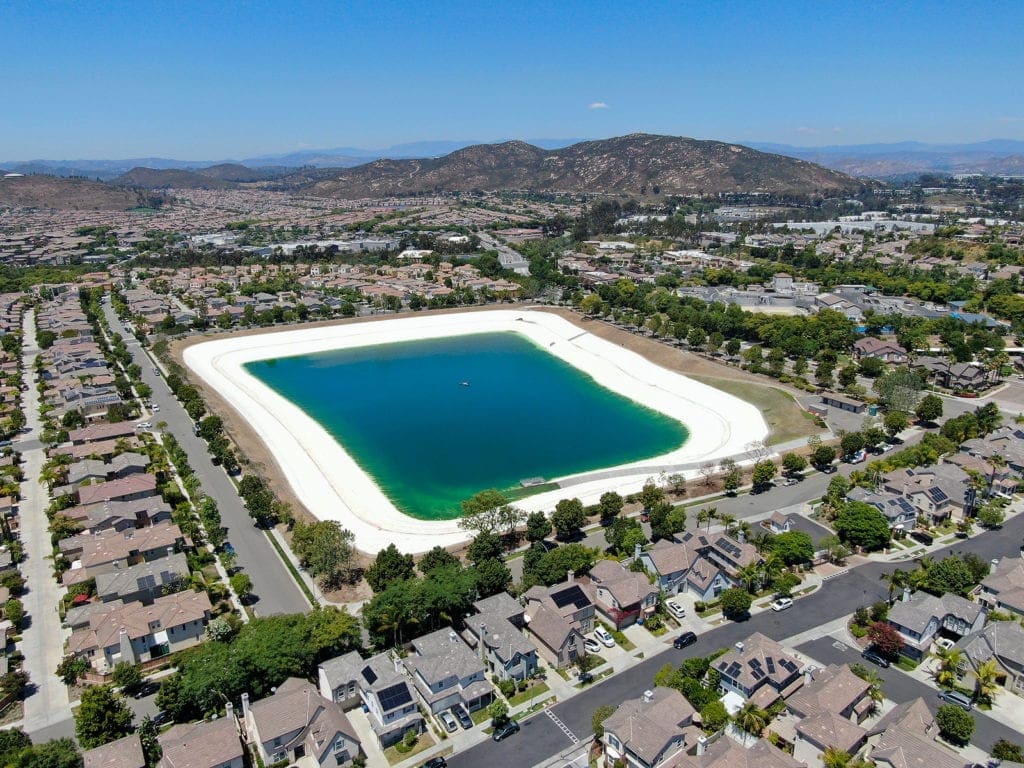 Environment, Water and Your Health, Water in the News
By Tommy Stricklin

California is known for its gorgeous weather year-round, beautiful beaches, vibrant cities, and regrettably, its many experiences with drought and hard water problems in some regions. For years, many homeowners have relied on conventional salt-based water softeners to combat the devastating effects of ‘hard’ water. However, these systems contribute to a massive problem affecting the state’s water quality, environment, and economy: salt pollution.

Salt-based water softeners discharge hundreds of thousands of pounds of salt into community water systems across the state every year. Over time, this continuous discharge helped create huge salt buildups in the environment, threatening precious ecosystems and freshwater resources, limiting farmland productivity, and creating a variety of water quality issues. These and other challenges caused over 27 cities and counties in California to ban salt-discharging water softeners – and that number will likely increase as the groundwater becomes more and more polluted with salt.

While the restriction on salt-using softeners in California is justifiable, state and city officials have yet to introduce a reliable and effective alternative. But thanks to Springwell’s innovative and highly efficient FutureSoft water softening system, you can legally soften your water without compounding on the drought and salinization problems throughout the state.

In this article, we will briefly explore California’s current water crisis, its ban on salt-based water softeners, and why the FutureSoft softener is a remarkable alternative to traditional salt-using water softening systems.

What’s going on in California?

As you probably already know, California is in the midst of a terrible water crisis. The state is currently experiencing a host of water issues, including an extreme water shortage and high salt buildups in its soil and water sources.

California has gotten nowhere near enough rainwater in years, and there’s nothing they can do to make it rain. Officials have long debated the idea of desalination (converting seawater into drinking water), but no real progress has been made. That’s probably because of the steep costs and environmental concerns associated with desalination.

The severe water shortage affects California’s agriculture, causing more farmers to use recycled water for irrigation. While this approach conserves water, it has a big problem: salt. Typically, irrigation increases the salt concentration in soil. Each time the water is reused, it gets dirtier and saltier, contributing to California’s salinization problem.

Salinization occurs when salts such as sodium, chloride, boron, and selenium accumulate in soils or water at levels that are toxic to humans, crops, animals, and the environment. Increased salinity in soil, aquifers, and rivers harms some of the state’s resources and could devastate its economy. Of course, not addressing this salinization problem could leave millions of residents without clean drinking water.

How Do Salt-Based Softeners Contribute to California’s Current Water Crisis?

California has a long history of severe droughts. Today, nearly half of the state is facing a water shortage. Some districts have made sustained efforts to recycle the sewage water they used to dump. Once sanitized, the water could solve some of the state’s irrigation problems, toilet systems recharge, groundwater recharge, etc. However, the excessive amounts of salt and wastewater discharged from salt-based softeners have hindered those efforts.

Salt-based softeners are effective at treating hard water, but they are far from efficient. They use a process called ion exchange, which requires them to perform periodic regeneration cycles. Each time the system regenerates, it flushes gallons of fresh water down the drain, wasting an average 150 gallons of water per week, which amounts to 7,800 gallons every year. These large volumes of wastewater put a heavy burden on community water supplies, which are already low in numerous cities throughout California.

Also, the wastewater flushed from salt-based systems during regeneration usually contains high amounts of chloride and sodium. Each regeneration cycle requires between 10 and 37+ pounds of salt, depending on several factors. Once the salt enters wastewater systems and the environment, it’s virtually impossible to remove it without some complex, expensive desalination process. Eventually, the salt ends up in freshwater supplies and into residents’ homes and drinking water.

Using a salt-based system that dumps salt brine into freshwater supplies seems unnecessary, especially when you consider the available alternatives, such as the Springwell Salt-Free FutureSoft FS1 water softening system.

Unlike salt-based softeners, the FS1 is designed to produce high-quality, hardness-free water without using salt or chemicals. Instead, it uses a physical process called Template Assisted Crystallization (TAC). This process passes the water through the FutureSoft media, which contains catalysts that convert the minerals into small calcite crystals. Once the crystals are no longer dissolved, they become suspended, and their chemical structures change.

What’s even more intriguing about the FS1 is that it provides 99.6% scale prevention and does not waste water or discharge salt brine into the environment. It doesn’t even require electricity to work or needs any replacements. With a salt-free, energy-efficient system like this, you won’t ever have to worry about polluting the environment with salt, ingesting salt through your drinking water, or paying those hefty electricity bills and maintenance fees.

Another standout feature of the FutureSoft system is its impressive 12-GPM (gallons per minute) flow rate, which allows the softener to adequately supply fresh, softened water to homes with up to three bathrooms. A 12-GPM flow rate also means you won’t experience any drop in water pressure when using it.

When it comes to softening capacity, the FS1 conditions up to 81 grains per gallon for a lifetime. A true lifetime system.  If you have a bacteria problem, it comes with an optional UV purification system that destroys 99.9% of pathogens in water, including viruses, bacteria, Cryptosporidium, Giardia lamblia, E. coli, and many others.

If you thought that was all, you are in for a big surprise! Springwell is one of the few reputable manufacturers who offer a lifetime warranty on their water systems (the parts and valves), a six-month money-back guarantee, and free shipping. When you purchase our FutureSoft system, you can rest assured that it will perform seamlessly for years. And if you aren’t satisfied with its performance, you can return it within six months for a full refund. On top of that, Springwell allows you to finance it with affordable monthly payments over three, six, or 12 months with no hidden fees. We will only ask you to enter a few pieces of information to see if you’re eligible.

If you live in California or any other state where salt-based water softeners are banned, chances are you have hard water problems, mainly due to the lack of an alternative water softening method. Luckily for you, Springwell’s FutureSoft FS1 water softener is a safe and reliable option as it softens water without using salt, chemicals, and electricity, or wasting water. It also has a wide variety of unique features and technologies that enable the system to produce the highest quality, hardness-free water possible. If you want to learn more about the Springwell FS1 or any of our other unique water softening and filtration systems, we will be happy to assist you.