Home » Read Our Blog » Contamination » Deadly Bacteria Behind Melioidosis Now in the US: A Threat to Well Water Quality?

Deadly Bacteria Behind Melioidosis Now in the US: A Threat to Well Water Quality? 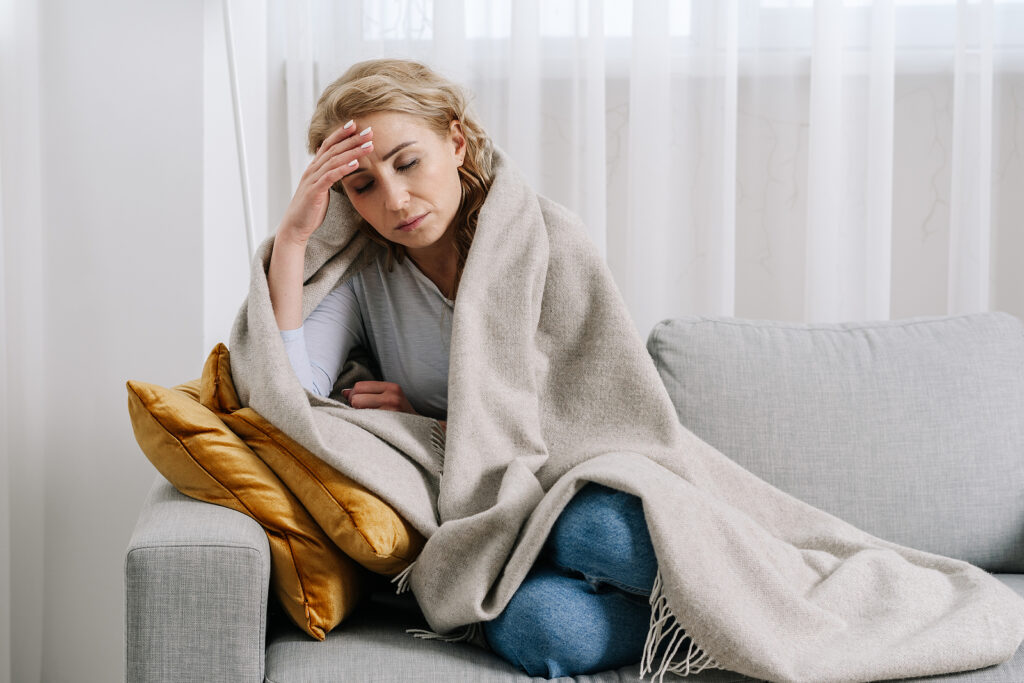 Deadly Bacteria Behind Melioidosis Now in the US: A Threat to Well Water Quality?

Bacteria, pathogens, germs – whatever you call them, you most likely don’t want them anywhere near your drinking water. Not only can these nasty elements leave funny and sometimes unbearable tastes and odors in water, but they can also cause life-threatening illnesses when ingested. One such example is a potentially deadly strain of bacteria discovered recently in US soil and water, as announced by the CDC.

The bacteria, called Burkholderia pseudomallei (or B. pseudomallei for short), typically live in tropical and subtropical climates outside the US, like Southeast Asia and northern Australia. Now, for the first time, it has been detected in the Gulf Coast region of Southern Mississippi.

Exposure to B. pseudomallei can lead to a rare but highly fatal tropical disease called Melioidosis, which has a fatality rate of up to 50 percent and can cause pneumonia-like symptoms. With over 42 million Americans relying on federally unregulated private wells for drinking water, B. pseudomallei in the US could spell trouble for families and entire communities if it spreads to other parts of the country.

To better understand the nature of this bacteria and its potential threat to well water quality, this article highlights how B. pseudomallei can get into well water, the symptoms of Melioidosis, and most importantly, how to keep the bacteria out of your water supply.

What is Melioidosis, and how is it transmitted?

Melioidosis, also known as Whitmore’s disease, is a rare and potentially fatal infection caused by direct contact with the Burkholderia pseudomallei bacteria, typically found in contaminated soil and water in areas of the world where the disease is common.

Research suggests that exposure to B. pseudomallei results in around 165,000 cases of Melioidosis and an estimated 90,000 deaths annually. A person can get infected with the bacteria and develop Melioidosis by inhaling contaminated dust or water droplets, ingesting contaminated water, or having contact with contaminated soil — for example, by eating food with soil on it or if the soil gets into a cut.

Human-to-human transmission is very uncommon, with only a handful of documented cases. Animals that are susceptible to the disease besides humans are sheep, goats, pigs, horses, cats, dogs, and cattle.

What are the symptoms of Melioidosis?

According to the CDC, the symptoms of Melioidosis vary depending on the type of infection: localized, pulmonary, bloodstream, or disseminated.

Symptoms of a localized infection include pain or swelling, fever, ulcerations, and abscesses. Pulmonary diseases that affect the lungs can lead to coughing, chest pain, high fever, headache, and anorexia.

Because Melioidosis produces such a wide range of symptoms, it is often mistaken for other diseases, such as tuberculosis or more common forms of pneumonia. The time between exposure to the bacteria and symptoms can vary significantly, from one day to several years, although symptoms generally appear between two to four weeks after infection.

How widespread is Melioidosis in the US?

Melioidosis is predominantly a disease in tropical climates, particularly in Southeast Asia and northern Australia, where it is widespread. But as we mentioned earlier, B. pseudomallei has now been detected in the United States. In fact, Melioidosis is now considered endemic in the Gulf Coast region of Mississippi.

The CDC said it is unclear how long the bacteria has been in the US environment before 2020 – when samples were first taken – or if it has spread to other parts of the country. It also revealed that B. pseudomallei “cannot feasibly be removed from the soil” once well-established, which probably means it is now in the US for good – although it’s possible it has been in the country for some time and remained undetected. The agency said extensive soil and water sampling would be needed to answer questions on the spread and how long the bacteria has been around.

But considering that an average of 12 cases of Melioidosis are reported to the CDC each year, primarily among travelers and immigrants from places where the disease is widespread, there’s a good chance the bacteria is spreading rapidly in the US. Moreover, patients with Melioidosis in the US occasionally have no history of travel to “hotspot” areas.

Health officials identified the first case of Melioidosis in the US in March 2022. The individual later died. They identified two more cases in May – one of whom is still hospitalized, while the other has been discharged to a transitional care unit.

Should you be concerned about B. pseudomallei getting into your drinking water?

We can’t say for sure – at least not until the CDC and its state partners complete their investigations into how widespread the B. pseudomallei population is in the US. But let’s say it has spread across the country and secretly invaded your state or neighborhood. The ensuing risk of contamination in your water would depend on your water source.

My drinking water comes from a municipal source.

If your drinking water comes from a municipality, the risk of B. pseudomallei entering your water supply would be less than if you had a private well. The EPA and state authorities require public water utilities include chlorine in their treatment processes to destroy microbes, including bacteria, viruses, and parasites. By killing these disease-causing germs, chlorination significantly reduces the risk of contamination from B. pseudomallei and other bacteria.

Still, you must remember that even after being chlorinated at the treatment plant, breakages and leaks in the water distribution network could introduce new bacteria into the chlorinated water traveling to your home. While the water flows through pipelines, the chlorine concentration decays because the chlorine reacts with organic and inorganic compounds in the water and the pipeline wall. If the concentration of residual chlorine in the water is too low, it may not provide adequate protection against recontamination. As a result, the water would likely transport the newly introduced bacteria to your home and water supply.

My drinking water comes from a private well.

People relying on private wells for drinking water are at a much higher risk of B. pseudomallei exposure through their water supplies. Private wells access water directly from pathogen-prone aquifers, increasing the risk of contamination. Then you have runoff from rainfall or snow melt washing bacteria from surrounding soil and water into the well system, contaminating it and posing a dangerous threat to people who drink the polluted water.

The runoff can also seep underground, reaching groundwater serving private wells. As a result, you’ll find that pathogens are more frequent in well water, especially if it is not treated regularly or the well is not constructed correctly.

Then again, private wells aren’t subject to federal regulation, so private well owners are responsible for testing their water and ensuring its safety. Although evidence suggests many private wells are of high quality, many communities lack the resources to monitor, test, and treat their well water. Consequently, you’ll find that many unregulated wells contain all sorts of contaminants, from harmful bacteria to unsafe levels of heavy metals and toxic chemicals.

Is your drinking water contaminated with bacteria?

Some pathogens in drinking water can’t be seen, tasted, or smelled. Furthermore, many of their health-related symptoms aren’t immediate. Therefore, you can’t be sure about a pathogen’s presence (or absence) in your water just by looking at it, smelling it, or tasting it. This is where laboratory testing comes in.

Certified laboratory testing is highly accurate as it thoroughly evaluates your drinking water, detecting various bacteria, viruses, and parasites. Usually, how it works is that you order the water test kit online, and the laboratory sends you the kit with the instructions to collect the water sample from your tap and mail it back. Once the testing is complete, the testing experts send you the results within a few business days via email or fax, sometimes with a printed copy to arrive in the mail.

Based on the results, you’ll know what specific contaminants have been detected (if any), their concentrations, and whether you need a treatment solution to remove the pollutants from your water supply. Some laboratories provide free consultations with every test, so you’ll know exactly how to ensure your water is pure and healthy.

How to Remove Bacteria from Your Drinking Water

If you discover B. pseudomallei or other pathogens in your drinking water, don’t panic.

Since the water contains potentially deadly microbes, it’s safer to avoid using it for drinking, brushing teeth, preparing food, mixing baby formula, making ice, washing produce, and making beverages. Also, throw out all existing ice cubes and avoid showering or bathing with the contaminated water if you have an open cut or other skin abrasions. Pets should drink boiled water or bottled water.

Since you may have been ingesting the pathogens and perhaps other pollutants through your water for quite some time, we suggest checking with your doctor ASAP. A doctor’s visit is crucial – especially if you have symptoms – and could spell the difference between life and death.

A water disinfection/purification system is designed to destroy waterborne bacteria, viruses, and parasites. Typically, these systems use ultraviolet technology, reverse osmosis filtration, ozonation, or other methods to remove pathogens from water, ensuring every faucet in your household is free from harmful microbes 24/7.

Since bacteria like B. pseudomallei can be transmitted by inhalation and ingestion and through open cuts or other skin abrasions, you need a system that protects you whether you drink water from the kitchen tap or take a long, relaxing shower after a tough day. In this case, your best bet is a whole house water filter equipped with a UV purifier.

The Springwell CF1 Whole House Filter is available with an optional UV Water Purification System that kills 99.99% of viruses, bacteria like B. pseudomallei and E. coli, and chlorine-resistant cysts like Cryptosporidium and Giardia. If you’re on well water, we recommend the Springwell WS1 Whole House Well Water Filter combined with the UV system for clean, healthy, bacteria-free water.

Thankfully, installing a reliable home water disinfection/purification system like the Springwell Whole-House Water Filtration System + UV Purification System add-on is an effective way to keep bacteria and other potentially harmful microbes out of your drinking water.

Contact Springwell today to learn more about how our water filtration and disinfection systems can help protect your family and pets from the devastating health effects of B. pseudomallei and other pathogens possibly lurking in your drinking water.