The 12 Most Dangerous Contaminants Found in America’s Water Supply 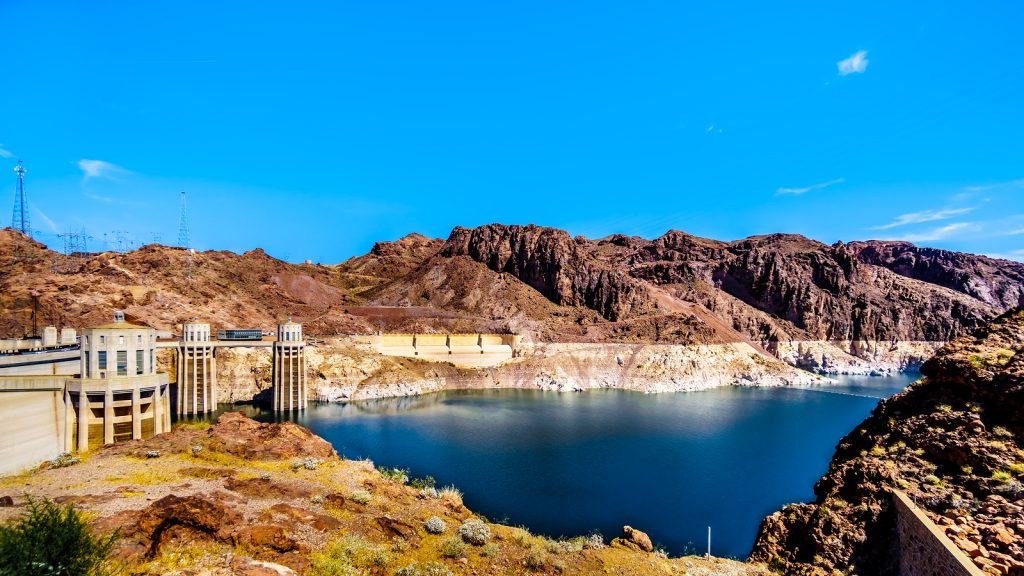 Contamination, Water and Your Health
By Tommy Stricklin

The 12 Most Dangerous Contaminants Found in America’s Water Supply

Imagine this. You wake up in the morning feeling excessively thirsty. You rush to the kitchen, grab a glass, and set it under your faucet. As soon as you turn on the tap, brown, dirty-looking water starts gushing into the glass. In an instant, you remember that state officials boldly told you that your tap water was safe to drink. How disappointing!

That is the disturbing reality for millions of Americans today. In America, nearly 25% of citizens get their drinking water from systems that violate the Safe Drinking Water Act. These breaches range from insufficient water testing to allowing high levels of lead, nitrates, arsenic, and other pollutants into the main water lines.

The country’s aging water infrastructure and the lack of reporting mean citizens are more likely to be exposed to contaminants such as fluoride, arsenic, bacteria, and radioactive chemicals – just to name a few.

Depending on the source of contamination and the level of exposure, health effects may include increased risk of cancers of the skin, bladder, and kidney, permanent brain damage, developmental disabilities in children, and a variety of other implications.

Here are 12 of the most dangerous contaminants that are commonly found in America’s water supply.

Believe it or not, almost 33% of water systems in the US are known to contain lead service lines. Lead pipes were widely used in US water systems until the early 20th century when people began to recognize the toxic health effects of lead exposure.

In 1986, lead-containing service lines, solders, and plumbing components were banned from new US plumbing systems, but they can still be found throughout much of the country’s drinking water infrastructure today.

Lead enters drinking water primarily through leaching from corroded pipes and plumbing fixtures that contain lead. Once children are exposed to this toxic pollutant, they can suffer from permanent brain damage, which often leads to increased violent behavior and learning disability. In adults, even low levels of lead can cause reproductive issues, seizures, and nausea.

Generally, you cannot see, taste or smell lead in your drinking water. The only way to find out whether or not your drinking water contains lead is to test it with a home water test kit or send a water sample from your tap to a lab to be tested.

Remove lead from your water with a SpringWell Whole House Lead & Cyst System.

As pipes and plumbing fixtures age, they may release copper into drinking water as it passes through, generating enough exposure to cause various health-related issues. If you notice that your pipes have turned to a blue-green color, you might be experiencing elevated levels of copper. Copper is not usually a threat in small doses, but high levels of exposure can lead to health problems like anemia and liver and kidney damage.

Chlorine is a popular chemical. The fact that it is added to water to kill germs and pathogens makes it perfectly safe, right? Not exactly.

Chlorine is used as a water disinfectant by many municipal water systems to control microbes, but when it combines with other organic compounds, it can create several harmful byproducts. Among these byproducts is a group of chemicals known as trihalomethanes (TMHs). THMs have been linked to increased risk of cancer and kidney problems. Haloacetic acids (HAAs), another group of byproducts, can irritate the skin and increase the risk of cancer.

Even at low levels, chlorine in the water supply can expose people to a parasite called giardia, that causes cramps, nausea, and diarrhea.

Arsenic is a naturally occurring element in the earth’s crust. It is also present in air, food, and water. In the US, arsenic is particularly common in Southwestern cities like Scottsdale, Tucson, and Los Angeles, as well as in the Northeastern and Great Lakes areas.

Once ingested, arsenic can increase the risk of cancer, diabetes, and heart disease. It is also said to cause brain development issues in children.

Like arsenic, nitrate can be found in groundwater sources. The chemical usually enters our water supply through fertilizers or septic systems. While adults are usually spared from the poisonous effects of nitrate, the chemical can be dangerous for infants who drink more water relative to their body weight.

Short-term exposure to nitrate can significantly reduce the level of oxygen in the infant’s blood, and often leads to methemoglobinemia, or “blue baby disease.” The symptoms of this disease include respiratory and digestive problems, brain damage, and even death.

When we talk about “radioactive substances”, the first thing that usually comes to mind is nuclear power plants. However, some of these materials, such as uranium, radium, thorium, and radon, are also found in nature.

Radioactive substances can seep into groundwater sources through practices such as construction, coal mining, and oil and gas production. Exposure to radium is linked to bone cancer, while other radioactive materials can lead to cancers of the skin, lungs, kidneys, liver, thyroid, and stomach.

Depending on the amounts and which radioactive contaminants you have in your water will determine which filtration system would be ideal. Contact a water specialist

Fluoride has been proven to protect teeth from decay, which is why it’s a major ingredient in toothpaste. It is also added to public water supplies to reduce cavities. While the US Department of Health has lowered the recommended amount of fluoride in public water systems, the mineral is still consumed by about 66% of the American population.

A whole house water filter system will remove traces of fluoride but if you have high levels then you will want to use a reverse osmosis system.

Mercury can invade well water through multiple sources, including discarded household products like paint, and through industrial waste sites. When high doses of the chemical get inside the body over short periods, you may experience symptoms, such as damage to the nervous system and kidneys, and developmental issues associated with unborn children.

Perchlorate is a chemical used to make missiles, fireworks, and rocket fuels. The EPA has identified 45 states that are exposed to this chemical in drinking water, which puts roughly 16 million US citizens at risk of consuming the chemical. Perchlorate is especially toxic for children and pregnant women since it has been linked to brain development issues.

Perfluorooctanoic acid, more commonly known as PFOA, is one of the deadliest chemicals found in America’s water supply. PFOA is the “nonstick” compound in Teflon that prevents your food from clinging to the pan. Areas close to chemical plants that use PFOA may see excessive levels of the chemical in their water supply.

There’s not much evidence that PFOA is linked to any disease in particular, but the chemical has been said to increase the risk of high cholesterol, colon ulcers, kidney and testicular cancer, early menopause, and other destructive health effects.

Manganese is also a naturally occurring mineral in the earth’s crust. This chemical is often ingested through food, but the Environmental Working Group (EWG) has found that 9 million Americans consume water from public systems with over 300 parts per billion of manganese.

There’s not enough evidence to say whether or not manganese can affect the brain and nervous system, but the mineral can be toxic to children when consumed in excess. Studies have also concluded that early exposure to manganese can lead to intellectual impairment and behavior issues.

Bacteria are everywhere. Some of them can be harmful to human health. Drinking water with pathogenic microorganisms, such as viruses, parasites, bacteria, E. coli, etc., can cause a host of sicknesses. The best way to determine if your water contains bacteria is to test it.

It is not practical to test for every type of pathogen, so it’s better to test your drinking water for coliform bacteria. The presence of this type of bacteria can indicate that there may be other harmful pathogens in the water.

A UV System removes 99.5% of bacteria, viruses and water borne pathogens that may be in your drinking water.

What Can You Do?

Water treatment has been around for a long time. Several methods were used for purifying water, such as boiling and filtering the water through sand and even charcoal. Back then, the reasons for purifying water were related to taste, as there was no practical procedure to remove various micro-biological and chemical contaminants that we see today.

Now, there are several different water treatment methods available that can help protect you and your family from some, most or all of the named contaminants in this article. The most effective method is probably a water filtration system. These systems are specially designed to remove certain contaminants from water in different stages, using different technologies. Springwell’s water filter systems use the latest water purification technologies to remove 99.9% of the most common water contaminants that exist in water. Their systems are also very compact and user-friendly, which make installation a breeze.

Choosing the right system is crucial, so check out www.springwellwater.com to see our line of premium, low-maintenance water filtration systems.

As the quality of drinking water in the US continues to worsen, you must explore different avenues to keep you and your family safe from the adverse health effects of these pollutants. Installing a quality water filtering system is possibly the best way to achieve this.

If you need more information about these systems or have trouble deciding on a particular model, contact Springwell Water today and we’ll help you find your ideal system.