Home » Read Our Blog » Contamination » How to Remove Bacteria, Viruses, and Parasites from Tap Water

How to Remove Bacteria, Viruses, and Parasites from Tap Water 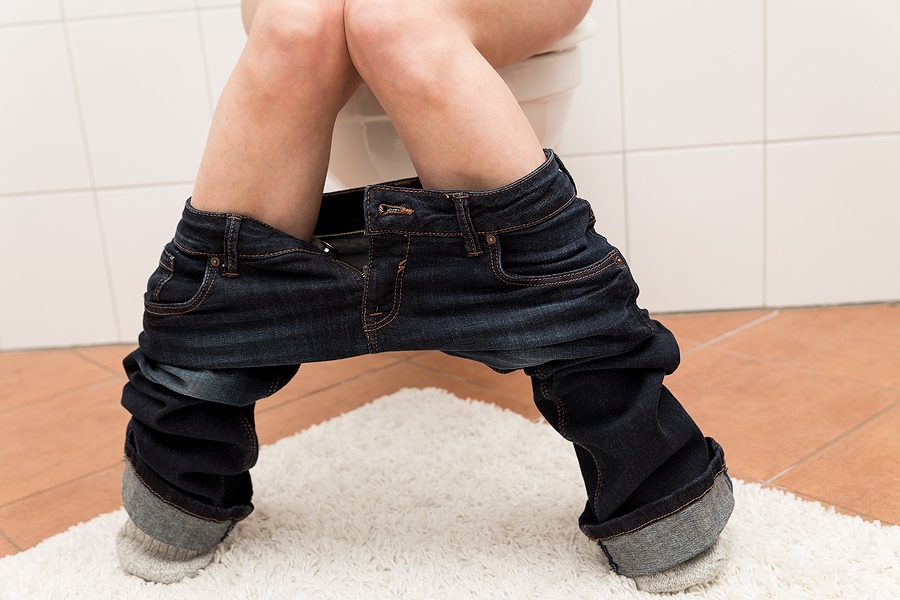 Contamination, Tips & How To, Water and Your Health, Water Filtration
By Tommy Stricklin

How to Remove Bacteria, Viruses, and Parasites from Tap Water

Among the many contaminants that can silently invade our precious drinking water are armies of bacteria, viruses, and parasites, collectively known as microorganisms, microbes, or pathogens.

While you probably think of these nasty, undesirable elements causing illness and disease from consuming contaminated foods or coming in contact with feces, you should know that they may also be present in your tap water. What’s more, they are typically invisible to the naked eye, so that crystal-clear glass of water you just downed could easily have them floating around in it, and you’d never know.

If water containing pathogens is left untreated, it could present a severe health risk to people or animals who ingest it – from diarrhea and vomiting to life-threatening waterborne diseases and even death. Luckily, this article outlines the symptoms you need to look out for when it comes to bacteria, viruses, and parasites in drinking water, how to test your water for these pathogens, and the most effective methods to remove them from your water.

Common Bacteria, Viruses, and Parasites in Drinking Water and Their Potential Health Effects

There are plenty of different pathogens that can be found in drinking water. However, the most common ones include bacteria, viruses, and parasites. Infants, children, elderly people, and people with weakened immune systems are more likely to get sick or even die from these pathogens. So, let’s take a closer look at the most common ones in tap water and the possible health effects they present when ingested.

Coliform is a family of bacteria that naturally occurs in the digestive tracts of people and animals. It can also be found in organic materials like plants and soil. Generally, coliform isn’t dangerous, but fecal coliform, like E. coli, can cause serious illness. Ingesting or inhaling water contaminated with fecal coliform can lead to digestive distress in the form of nausea, diarrhea, cramps, and headaches.

Hepatitis A is a contagious liver disease that results from infection with the Hepatitis A virus. Ingesting this virus can cause mild illness lasting a few weeks to a severe illness spanning several months, including fatigue, nausea, stomach pain, and jaundice.

According to the CDC, “when any water source, including private wells, is contaminated with feces from infected humans, the water can potentially spread the Hepatitis A virus. The virus can enter the water through various ways, including sewage overflows, sewage systems not working properly, and polluted stormwater runoff. Wells may be more vulnerable to such contamination after flooding, particularly if the wells are shallow, have been dug or bored, or have been submerged by floodwater for long periods.”

Giardia lamblia is a microscopic parasite typically found in water, soil, or food contaminated with feces from animals or humans infected with the parasite. When Giardia lamblia strikes, it causes the infected person to contract Giardiasis. The CDC says this disease affects the intestinal tract and causes gas, diarrhea, upset stomach, dehydration, abdominal cramps, and more. Many prescription drugs can treat Giardiasis, but it’s always best to prevent the illness from the onset. Then again, Giardia is resistant to chlorine and chloramines, commonly used by municipalities to remove pathogens from drinking water. Thankfully, excellent alternatives are available (we’ll discuss these later in this article).

Like Giardia lamblia, Cryptosporidium is another parasite contracted by consuming food and water contaminated with fecal matter. Common symptoms of ingesting Cryptosporidium include mild fevers, diarrhea, dehydration, weight loss, fatigue, upset stomach, vomiting, abdominal cramps, and more. This parasite is also resistant to chlorination, making it a real pain to remove from drinking water. But don’t worry, there are several proven ways to treat this nasty, undesirable parasite and the others highlighted in this article.

Another microscopic parasite known to wreak havoc on the body is Cyclospora cayetanensis. This parasite can cause an intestinal infection called Cyclosporiasis and is spread by ingesting food or water contaminated with feces.

Typically, it takes a week for symptoms to show up, many of which include loss of appetite, diarrhea, weight loss, increased gas, nausea, fatigue, bloating, and cramps and pain. Flu-like symptoms like vomiting, fever, headache, and body aches are also possible. If left untreated, the illness may last a few days to a month or longer.

How Pathogens Get into Drinking Water

During rainfall, snow melts, or other types of precipitation, microbes can get into the water by being washed into creeks, rivers, streams, lakes, or groundwater. When these waters are used as sources of drinking water and the water is not treated adequately, the pathogens may be inadvertently ingested.

Usually, bacteria, viruses, and parasites have a hard time entering municipal drinking water – probably because most public water systems can block them out completely. A typical purification system pumps untreated water from a river or a lake, removes the sediment, filters out other contaminants from the water, then disinfects it with chlorine to kill any bacteria that remain. And the result? A constant flow of clean, great-tasting water that’s completely free of bacteria? Well, not always.

Sometimes, the lower-end treatment systems break down in rural areas where the municipalities don’t test or monitor the water as regularly as in big cities. Burst pipes and damaged water mains can also introduce pathogens into the service line, transport them to your home’s water supply, and then into your drinking glass. Once viruses, bacteria, or other waterborne pathogens enter and pass through the water system, they can go on to infect millions of people.

Your public drinking water system is required to notify you if, for any reason, your drinking water is deemed unsafe. It would then implement a boil order, requiring you to bring the water to a rolling boil for a minute or more before consuming it. The boiling kills viruses, protozoa, and bacteria in the water.

If your water comes from a private well, you should know that well water is usually more susceptible to pathogenic contamination than municipal water. That’s because private wells aren’t regulated federally and access water directly from pathogen-prone aquifers. They are also vulnerable to things like agricultural runoff. As a result, you’ll find that pathogens are more frequent in well water, especially if it is not treated regularly or the well is not constructed correctly.

Without a line of defense against pathogens in well water, the organisms will travel from the well to your home’s plumbing system to your taps and water-using appliances, possibly infecting anyone who consumes the water.

Does My Drinking Water Contain Bacteria or Other Pathogens?

As we mentioned earlier, pathogens in drinking water usually can’t be seen, tasted, or smelled. On top of that, many of the health-related symptoms aren’t immediate. Therefore, you can’t be certain about the presence (or absence) of pathogens in your water by looking at it, smelling it or tasting it. The only way to be sure is to get your tap water tested at a certified laboratory.

Generally, laboratory testing provides a thorough evaluation of your drinking water, detecting various kinds of bacteria, viruses, and parasites. For instance, the National Testing Laboratories, Limited offers a selection of city and well water testing kits that you can use to check for the presence or absence of Coliform and E. coli bacteria.

The presence of Coliform bacteria could indicate the presence of other disease-causing organisms. If coliform is present, the laboratory looks for E. coli, a known pathogen. The testing kit also includes specific instructions for water sample collection and delivery. The laboratory test results are usually reported in a couple of days to a few weeks, depending on the laboratory facility.

What to Do if Your Drinking Water Contains Harmful Microbes (Hint: Springwell Can Help)

If you discover pathogens in your drinking water, don’t panic. Follow the steps below:

Since the water contains potentially harmful microbes, it’s safer to avoid using the water for drinking, brushing teeth, preparing food, mixing baby formula, making ice, washing produce, making beverages, and other uses that require ingesting the water. Also, make sure to throw out all existing ice cubes. Pets should drink boiled water or bottled water. Doing laundry is still acceptable, and adults may continue to shower as long as no water is consumed.

A water disinfection/purification system is designed to destroy bacteria, viruses, or parasites in drinking water. Typically, these systems use ultraviolet technology, reverse osmosis filtration, ozonation, or other methods to remove pathogens from water, ensuring every faucet in your household is free from bacteria, viruses, and parasites 24/7.

A whole house water filter with a UV purifier is an excellent water filtration option to keep E. coli, Cyclospora, and other unwanted pathogens at bay throughout your home. The Springwell CF1 Whole House Water Filter is available with an optional UV Water Purification System that kills 99.99% of viruses, bacteria like E. coli, and chlorine-resistant cysts like Cryptosporidium and Giardia. The Springwell WS1 Whole House Well Water Filter combined with the UV system will work wonders for those on well water.

Contact us today to learn more about our water filtration and disinfection systems and how they can help protect yourself and your family and pets from the devastating health effects of pathogens possibly lurking in your drinking water.

What About Chlorination, Boiling, or Even Buying Bottled Water?

Chlorine is highly effective against most pathogens found in various water sources; there’s no doubt about that. However, the chemical’s ability to destroy germs depends on its concentration and contact time with the microorganisms. Under the right circumstances, chlorine can quickly kill most waterborne germs, but with a few exceptions. Microorganisms, such as Cryptosporidium, are resistant to regular chlorination practices. Because of this, some water systems may require additional treatment processes to protect against these and other particularly resistant pathogens.

Boiling is also very effective against waterborne pathogens. It kills disease-causing organisms in water, including viruses, bacteria, and parasites, as most microorganisms cannot survive in high temperatures. However, boiling water can be very time-consuming, especially for an average family that consumes the recommended amount of water every day. For this reason, you might want to turn off the heat before the water reaches the recommended boiling point so that you can keep up with the demand. And the last thing you want is for you and your family to drink partially-boiled water with most of the pathogens still active and present. Beyond that, bacteria residue can remain after boiling and carry many hidden dangers.

As for bottled water, it is much more expensive than using chlorine or a water purification system. Moreover, single-use plastic bottles are a menace to the environment. There’s also the risk of microplastics in drinking water partly from plastic bottles. If you want to keep more money in your pockets while protecting the environment and protecting your health, buying bottled water is clearly not worth it.

Now that you’re aware that pathogens can live in your drinking water without you even realizing it, it’s time to get your water tested at a certified laboratory. After the test is complete, Springwell will review the results with you and discuss your best treatment options for addressing any drinking water contamination problems.