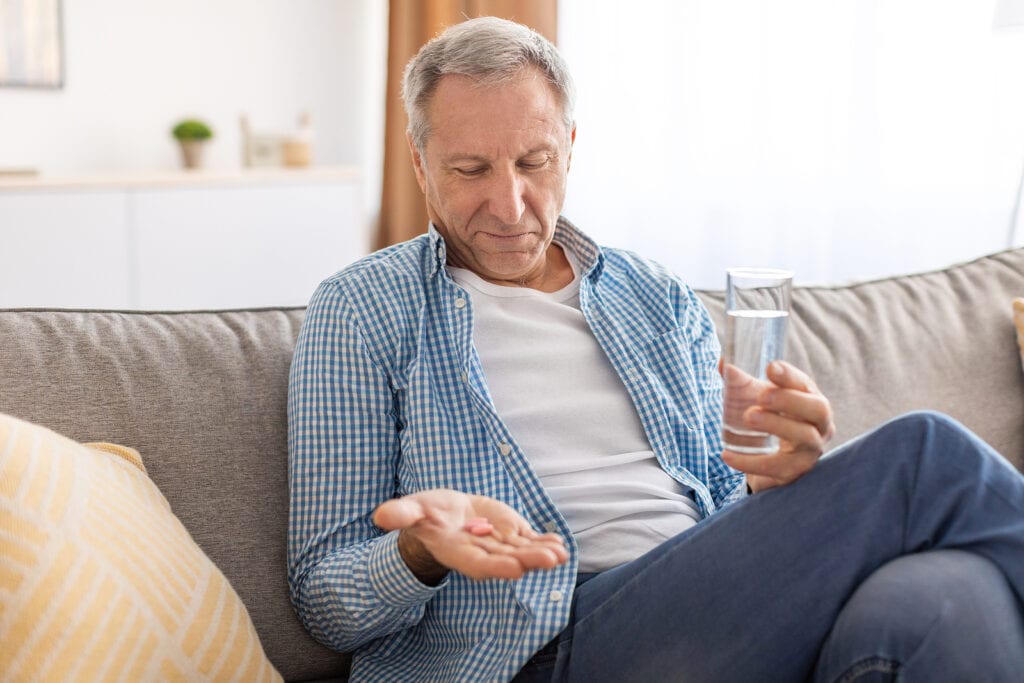 Contamination, Water and Your Health, Water Filtration, Water in the News
By Tommy Stricklin

Depending on where you live or work, you’re likely exposed to many plastic products every day. This might not seem like a bad thing since plastic is used to manufacture hundreds of consumer products. But as you’ll discover shortly, this precious material has a dark side.

Almost all plastics are made from chemicals. But polycarbonate plastics, in particular, contain a chemical called Bisphenol-A (BPA), which has been linked to a range of severe health problems in humans. As if that wasn’t scary enough, a comprehensive review of recent studies revealed that Americans are exposed to toxic BPA at doses 5,000 times higher than what the European Union now considers safe. Yes, you read it right – 5,000 times!

In their research, the European Food Safety Authority (EFSA) established a new “tolerable daily intake” of BPA of 0.04 nanograms per kilogram of body weight per day (ng/kg bw/day). However, in 2014, the American Food and Drug Administration (FDA) estimated that the average US resident over two years old consumes 200 ng/kg bw/day, or about 5,000 times the safe level set by the EFSA.

Given how much Americans are exposed to BPA and the havoc this toxic chemical could wreak on public health, it’s essential to learn about BPA and take immediate steps to limit your exposure. This article provides a detailed review of BPA, including what it is, how people are exposed to it, how it enters drinking water, its potential health effects, and how to minimize your exposure.

The National Institute of Environmental Health Sciences (NEIHS) defines BPA as “a chemical produced in large quantities for use primarily in the production of polycarbonate plastics.” Scientists first discovered BPA in the 1890s, and chemists found that mixing it with other compounds produced strong, resilient plastics in the 1950s. Essentially, it’s the chemical that helps harden the plastic.

BPA has been used commercially for more than four decades, so it’s no surprise that it’s virtually everywhere. BPA-based plastics are clear and tough, usually with a recycling code “7” inside the triangle. Because of their resilience, BPA-containing clear polycarbonate plastic is most commonly used to produce a variety of goods and products, including:

Even some drinking water pipes are lined with epoxy resins containing BPA. The chemical can also be found in breast milk.

How does BPA get into the body?

According to the Centers for Disease Control and Prevention (CDC), “General exposure to BPA at low levels comes from eating food or drinking water stored in containers that have BPA.”

Since BPA is soluble, its bond with the plastic can break when heated or come into contact with liquids. Once this happens, the chemical can seep into food from the protective internal epoxy resin coatings of canned foods and consumer products, such as those outlined above. The chemical can also leach into drinking water from plastic water bottles and pipes lined with epoxy resins containing BPA. The degree to which BPA leaches from polycarbonate bottles into liquid may depend on the temperature of the liquid or the bottle, the age of the container, and whether the container is scratched or rough.

The CDC also says “small children may be exposed by hand-to-mouth and direct oral (mouth) contact with materials containing BPA.” As mentioned above, BPA may be found in baby bottles, sippy cups, baby formula cans, other products for babies and young children, and even breast milk. The longer liquid or food stays in these containers and the higher the temperature, the more BPA that can leach into what’s stored inside them, and the more of the chemical your child ingests.

“Dental treatment with BPA-containing sealants also results in short-term exposure. In addition, workers who manufacture products that contain BPA can be exposed,” the CDC says.

When we consume food and beverages stored in BPA-based containers or water passed through pipes containing BPA, we ultimately ingest some amount of the chemical. BPA is readily absorbed when ingested, but the liver quickly metabolizes the chemical. It is excreted in the urine within a day and does not accumulate in the body. In other words, if someone had a single exposure, it would be entirely gone from the body after 24 hours. However, regularly repeated exposures can cause measurable chemical levels to remain in the body.

The Potential Health Risks of BPA

Many research studies suggest that BPA exposure may have some toxic health effects on humans. However, these are limited since they are primarily animal studies. It is still not well known to what extent BPA affects humans.

Still, there are some concerns that BPA may be linked to the following health problems:

What steps are being taken to reduce BPA exposure in humans?

Scientists started shedding light on the various health problems associated with BPA around 2008. And as you’d expect, this discovery instilled a lot of fear in many people. The parents of young children were especially fearful and concerned because many products for babies and children contained BPA, and their tiny, delicate bodies are still developing and are less efficient at flushing substances from their system.

Due to the controversy, ongoing petitions to limit BPA in food and beverage, and concerned parents boycotting BPA-based products, many countries, states, and companies have taken a stand. For example, the six major manufacturers of baby bottles and cups for infants – Playtex, Disney First Years, Avent, Gerber, Dr. Brown, and Evenflow – voluntarily banned BPA from their products in 2009. Some states, including Minnesota, Maryland, Connecticut, Massachusetts, Washington, New York, Vermont, and Wisconsin, have banned BPA in certain products. Other states have established various BPA regulations, such as prohibiting BPA use in items intended for children under a certain age or requiring a BPA label.

While other countries like Canada, Malaysia, China, and the entire European Union have banned BPA for some uses, the United States does not have any federal regulation regarding BPA. Sure, Americans can now purchase drinking bottles labeled “BPA-free,” and efforts are being made to develop linings for food and formula cans that do not contain BPA. Still, the FDA believes BPA exposure in foods is not high enough to cause harm to humans.

However, the FDA says it will continue to “review the available information and studies on BPA and update its assessment of BPA and will take additional action if warranted.” It will also “continue to consult with other expert agencies in the federal government” and “participate in discussions with our international regulatory and public health counterparts who are also engaged in assessing the safety of BPA.”

But for now, the FDA’s recommendations haven’t changed. Thankfully, the United States government is funding new research into the risks of BPA. Therefore, the proposals could change in the coming years.

You might be wondering if there’s BPA in your drinking water and the plastic water bottles you drink from. Sadly, the answer may be yes.

Data suggests that the fraction of drinking water measurements of BPA reported as less than the detection limit is high (at least 95 percent) in North America. Furthermore, human biomonitoring data show that drinking water ingestion represents less than 2.8 percent of the total human ingestion of BPA. Therefore, BPA in drinking water represents a minor component of overall human exposure.

However, scientists believe BPA can leach into water from polycarbonate bottles within the first 24 hours of storage. Additionally, researchers observed that significantly higher levels of BPA were found in unfiltered taps compared with taps with filtration systems.

How to Minimize Your Exposure to Toxic BPA

Although there’s no federal regulation for BPA in the US, there are steps you can take to limit your exposure to the chemical. A straightforward approach is to carefully select your toys, containers, water bottles, and other plastic and metallic products mentioned earlier. Many companies that make products today will mark them as “BPA-free” on the packaging or marketing material. You can also research companies and their BPA policies on their website and shop accordingly.

Another easy way to limit your exposure to toxic BPA is to avoid plastic water bottles and BPA-lined canned foods. Yes, bottled water tastes great and is perfect for days when you’re on the go, but plastic doesn’t break down entirely in the environment. Instead, much of it is broken down into smaller fragments called “microplastics.” These bits of plastic have been detected in rivers, wastewaters, oceans, and even in our drinking water and are known to contain BPA, phthalates, and other similar chemicals. What’s more, microplastics can accumulate in the body and could cause various health problems.

Swapping plastic containers for BPA-free ones is a fantastic way to avoid BPA exposure through drinking water. However, filtering your water could be a safer, more affordable, and more reliable alternative to bottled water. Generally, filtration can eliminate microplastics, lead, copper, arsenic, and other dangerous contaminants in unfiltered tap water.

The Best Water Filter to Remove Microplastics from Drinking Water

Since microplastics and other dangerous contaminants have been found in America’s tap water, the water treatment systems at some municipal plants are likely not optimized to keep them out of water. Therefore, you need a solution that works.

Springwell offers two exceptionally reliable and highly efficient water filtration solutions that can eliminate microplastics and a host of other toxic contaminants from your drinking water: the CF1 Whole-House Filtration System and the SWRO Under-Counter Reverse Osmosis Systems.

The CF1 is a point-of-entry system that filters all the water coming into your home. It is highly efficient and is equipped with some of the latest and most powerful water filtration technologies to eliminate 99.9% of contaminants from water. The CF1’s sediment filter removes impurities down to 5 microns, thus removing most microplastics.

The SWRO reverse osmosis units are point-of-use systems that filter water at specific taps in your home. Typically, reverse osmosis filters can eliminate particles as small as 0.001 microns, so they are highly effective for removing microplastics. Our 4-stage SWRO-Nickel and SWRO-Bronze reverse osmosis systems are no exception. Their sediment filter and carbon block filter remove contaminants down to 5 microns. Due to the filters’ RO nanofiltration membranes, they can also catch significantly smaller particles.

Considering the potential health risks, it’s no wonder why BPA has become a scary thing – both in water and food. While there’s no conclusive evidence that the chemical is particularly bad for humans, it’s probably best to avoid it. Since many of us are exposed to plastic products daily, avoiding BPA might seem impossible. However, there are steps you can take to limit your exposure.

We recommend using a water filter at home and bringing a reusable BPA-free bottle when you’re on the go. Springwell has a wide selection of water filters, including whole-house and under-sink reverse osmosis filters to suit your needs. For help choosing the right option, contact us for more information!