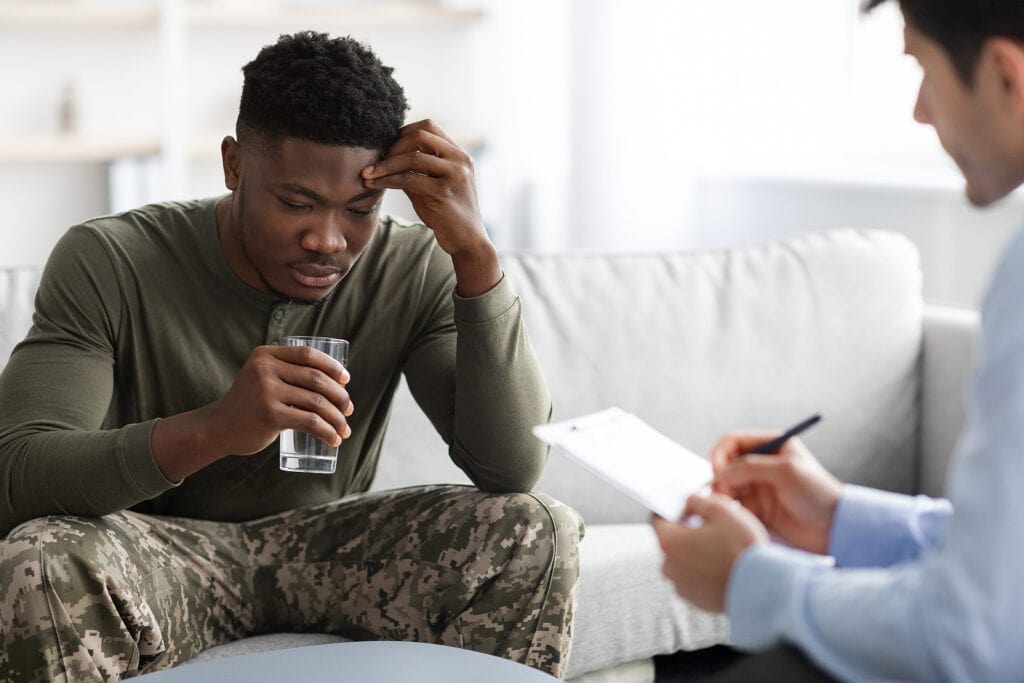 By now, you’ve probably seen the barrage of ads targeting past Camp Lejeune veterans, families, and employees: “If you served or resided at Marine Corps Base Camp Lejeune in North Carolina between 1953 and 1987 for at least 30 days, you may be eligible for financial compensation!”

It turns out that during that period, nearly one million people, including Marines, civilian workers, and their families, were exposed to toxic Volatile Organic Compounds (VOCs) in the water at the Camp Lejeune base. Sadly, many got sick and died – even babies and young children.

It is heartbreaking because none of our brave, beloved service members – or anyone else – should have such dangerous chemicals lurking in the water they drink, shower with, and use for cooking and other purposes. Equally disturbing is that many people are aware of VOCs because they are often discussed when selecting paint for their homes but don’t realize that they can contaminate drinking water supplies.

This article provides a broad overview of the Camp Lejeune water contamination crisis and gives practical advice on protecting against VOCs if your water supply becomes contaminated.

What is Camp Lejeune?

Camp Lejeune is a US military training facility in Jacksonville, North Carolina. It is home to thousands of Marines, their families, and civilian employees. With a maximum population capacity of around 130,000, the base is like a small town, with barracks, family housing, hospitals, schools, and, unfortunately, water contamination problems.

When Was the Water Contamination at Camp Lejeune Discovered?

Researchers first discovered the toxic chemicals in the water at Camp Lejeune in 1982. However, government officials and the Marine Corps allegedly ignored the problem for several years. It was not until around December 1987 that officials finally resolved the issue, and the public became fully aware of the contamination.

For the first four decades of Camp Lejeune’s existence, the quality of the water supply on the base was never adequately tested. Also, those in charge brushed aside fears that the water could be contaminated. However, the government passed new regulations in the 1980s, resulting in the Lejeune water being tested for the first time.

What Chemicals Were Found in the Water at Camp Lejeune?

Like many other military sites, Camp Lejeune has its own water supply system that serves its resident and employee population. The water gets pumped from massive underground wells, then delivered into a gravity distribution system.

After a series of routine water treatment plant sampling and samples of water supply wells, it was discovered that extremely high levels of VOCs poisoned the water. Tests identified that VOCs, including trichloroethylene (TCE), tetrachloroethylene (PCE), vinyl chloride (VC), and benzene, contaminated some drinking water sources at Camp Lejeune.

TCE is a solvent used for cleaning metal parts, and PCE is used for dry cleaning and metal degreasing. TCE and PCE degrade in groundwater over time to form VC. Benzene is used to make chemicals used to make plastics, resins, and nylon and synthetic fibers.

Military bases and installations have historically had issues with water pollution, often due to the nature of their on-base activities and steep cleanup costs. Unfortunately, Camp Lejeune is no exception.

According to the ATSDR, supply wells at the base were contaminated by multiple sources, such as leaking underground storage tanks, industrial area spills, and waste disposal sites. Studies determined that the PCE contamination in the water came from ABC Cleaners, a dry-cleaning business directly adjacent to the base. For years, employees at ABC Cleaners dumped used dry-cleaning chemicals into the ground out back. TCE was most likely used at Camp Lejeune to clean and maintain military weapons, equipment, and ordinance. It got into the groundwater through improper disposal and storage.

The Camp Lejeune water also contained two other toxic chemicals: benzene and vinyl chloride. Benzene is a petroleum byproduct that has widespread industrial use. It can be found in refined fuels, cleaners, and other products and compounds. Vinyl chloride is a chemical that is mainly used to manufacture plastic pipes.

Spills and improper disposal of VOCs can cause the chemicals to dissolve, leach into the soil during rainfall, and contaminate groundwater. Because VOCs spread quickly and are long-lasting, private wells located near various industrial and military sites can be susceptible to VOC contamination. Once the chemicals have infiltrated the groundwater, they can also migrate from aquifers to lakes and reservoirs, contaminating them.

How Toxic was the Camp Lejeune Water?

The levels of the harmful chemicals TCE and PCE in the water supply at Camp Lejeune were dangerously high. The US Environmental Protection Agency (EPA) and other health agencies have set the maximum safe level for PCE and TCE in drinking water at five parts per billion (ppb). TCE levels in the Camp Lejeune water were 1,400 ppb, and PCE levels were 215 ppb, which is hundreds of times above the maximum safe limit.

How Did the Camp Lejeune Water Contamination Affect Veterans and Their Families?

VOCs include many different chemicals, so their health effects may vary. According to the EPA, VOCs are linked to various health problems, including loss of coordination, irritation of the eyes, nose, and throat, nausea, and headaches. Prolonged exposure can cause damage to the liver, kidneys, and central nervous system.

Based on this analysis, the ATSDR study determined that the Camp Lejeune population displayed higher colon and rectal cancer rates than Camp Pendleton’s control group. More significantly, the ATSDR data indicated a correlation between the extent of exposure to the toxic water at Lejeune and the rate of colon cancer.

In addition, VetsHQ reports that Marines had a:

Because Camp Lejeune was open for over three decades, the number of potentially exposed service people, families, and contractors could be over a million.

Are VOCs in Drinking Water Regulated?

Testing for every potential chemical categorized as a VOC would be impractical and costly for municipalities. Therefore, the EPA regulates a subset of chemicals that commonly contaminate water supplies.

The EPA has drinking water standards for 23 VOCs and requires water utilities to monitor for these compounds. For example, benzene, one relatively common constituent, is regulated with a maximum contaminant level set at 0.005 milligrams per liter (or parts per million, ppm) and a goal of 0 ppm in drinking water. Water analysis can be requested if there is reason to suspect the presence of a specific VOC.

The EPA said it would examine potential health risks and “occurrence data” when determining whether these VOCs should be regulated.

Does Your Drinking Water Contain VOCs?

A recent US Geological Survey (USGS) study found that VOCs are present in one-fifth of the nation’s water supplies. That means not only military veterans, families, and workers at Camp Lejeune are at risk, but also a large part of the country’s outside population.

If your drinking water comes from a private well, it likely contains VOCs and other potentially dangerous chemical contaminants. Unfortunately, these chemicals typically have no taste, color, or smell at low levels, so you can’t always be sure if your water is contaminated by smelling, tasting, or looking at it.

Plus, EPA’s regulations don’t cover private wells, and testing is typically optional. While VOCs can be detected by odor at high concentrations, laboratory analysis is the only way to measure VOCs in drinking water at regulatory limits. We highly recommend that if you get water from private wells, you should get your water tested by an accredited laboratory.

Typically, laboratory testing involves purchasing a water test kit containing the instructions for collecting the water sample from your tap and sending it to the corresponding laboratory. Within a few business days, you should receive the test results via email or standard mail.

Depending on the laboratory, this method can be relatively costly and time-consuming. Still, it’s a great way to know if your water is tainted with toxic chemicals and perhaps what specific chemicals are present.

How to Remove VOCs from Drinking Water

So far, you’ve learned about the various VOCs detected in Camp Lejeune’s drinking water supplies and the devastating effects they can have on human health. You’ve then had your water tested for traces of the chemicals. Great! Now, if the test results indicate that your water contains VOCs, how do you remove them or limit your exposure to them?

High-quality water filters are the only effective way to remove VOCs from water. For instance, an activated carbon filter like the Springwell CF1 Whole House Water Filter System uses carbon filtration and an array of state-of-the-art features and technologies to remove 99.9% of contaminants from drinking water, including a wide range of VOCs, PFAS, pesticides, herbicides, chlorine, chloramine, etc.

However, reverse osmosis systems like our SWRO Under Counter Reverse Osmosis Filters can remove additional contaminants. Although the SWROs treat water at a single faucet, they use a robust 4-stage filtration process to eliminate toxic pollutants from your water. These contaminants include VOCs, arsenic, mercury, lead, chlorine, chloramine, chlorine byproducts, pesticides, herbicides, iron, aluminum, etc.

Boiling tap water is only effective against certain VOCs and should not be relied on as a treatment option. Boiling may cause additional problems by releasing VOCs into the air, creating air quality hazards, and concentrating heavy metals.

As always, we encourage you to contact us via live chat or call us at 800-589-5592 if you have questions about filtering contaminants from your water. Our team will provide science-backed advice on water quality and filtration, even if you do not intend to buy a Springwell water filter. 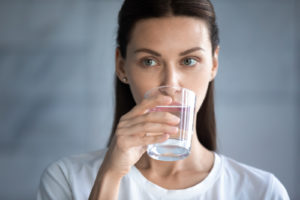 Chlorine in Drinking Water: The Good, the Bad, and the Ugly 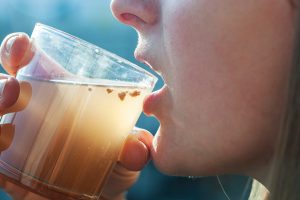 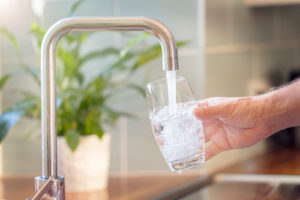