Home » Read Our Blog » Well Water » Purifying Your Well Water with Chlorine: Is it the Safest Option?

Purifying Your Well Water with Chlorine: Is it the Safest Option? 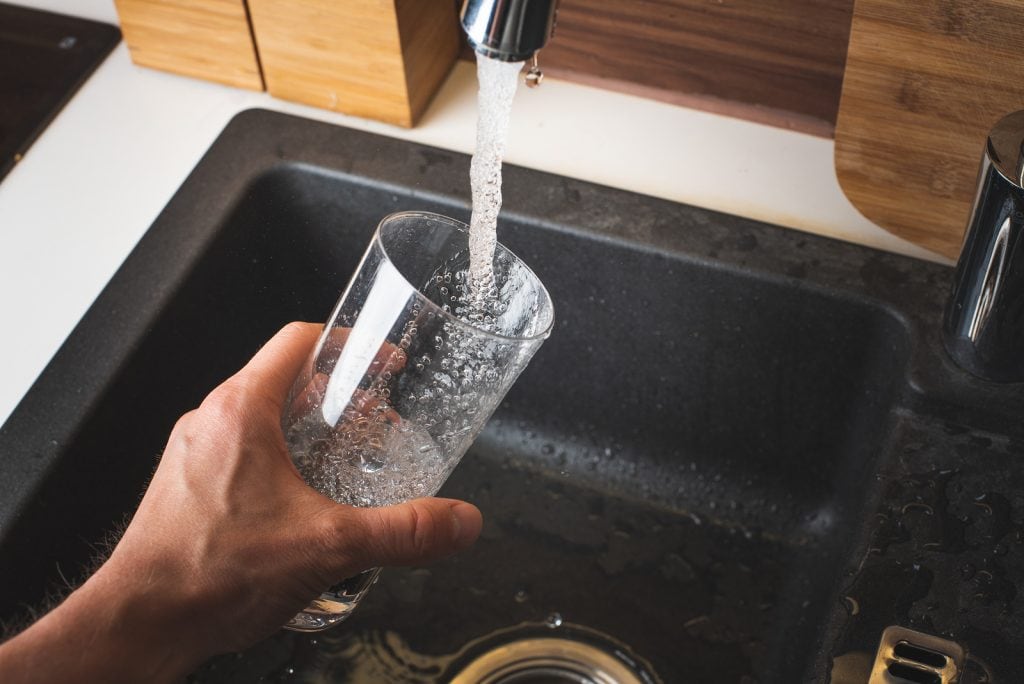 Purifying Your Well Water with Chlorine: Is it the Safest Option?

Owning a private well is a smart investment (for some people, at least). After all, it’s your natural water source that supplies your home with fresh, clean water. Plus, you aren’t stuck with those hefty monthly water bills or fees from local water providers. You can simply pump water right from your well into your home, free of charge.

But even with those awesome benefits, making sure that your water is consistently safe and clean can be a challenge. Municipal systems usually chlorinate all their water before distributing it to millions of households, but as a well user, you are left to implement chlorination (or any other treatment method) on your own.

With that in mind, you will have to test your well’s water quality regularly as a part of maintaining a safe and reliable water source. Affordable home water test kits that can detect levels of unwanted elements in your well water are widely available for purchase online. These tests are easy to administer and often produce accurate results. You can even involve your kids for a fun experience.

At the end of the day, well water used for drinking and cooking should be clean and healthy, especially since it doesn’t go through a water treatment plant like municipal water. Without proper disinfection, your well water might contain harmful contaminants like coliform bacteria, pesticides, lead, iron, sulfur, manganese, volatile organic compounds (VOCs), and other contaminants that can be toxic to human health.

More than a century ago, chlorine was first used in drinking water to reduce waterborne infections in Jersey City, New York. Fast forward to today, chlorination is still said to be an excellent and cost-effective way to disinfect drinking water supplies, eliminate odors, and oxidize iron and other metals. But is chlorination safe for your well water?

Is Chlorination Safe for Purifying Your Well Water?

Although there are several methods for reducing potentially harmful bacteria and viruses in drinking water, chlorination is the most commonly used. Today, some 98 percent of water treatment facilities in the U.S. use some form of chlorine to disinfect drinking water supplies. Chlorination has been so effective at protecting against pathogenic and non-pathogenic bacteria that it is considered to be one of the greatest public health accomplishments in American history.

But of course, others are doubtful about the safety of the chemical. Opposers of the use of chlorine point to links between repeated exposure to trace amounts of chlorine in water with higher incidences of rectal, bladder, and breast cancer. The main concern regarding chlorine is that when it interacts with organic compounds in freshwater, it creates trihalomethanes (THMs), which when ingested can encourage the growth of free radicals that can damage or destroy vital cells in the body. Aside from cancer, exposure to THMs has been linked to other health issues such as asthma, heart disease, eczema, and higher rates of miscarriage and birth defects.

On top of that, it’s sometimes difficult to estimate the exact amount of chlorine needed to kill the bacteria, remove odor, and/or oxidize iron, manganese, hydrogen sulfide, etc. Using too little or too much can be extremely dangerous. Therefore, to adequately disinfect the water, you must supply the water with a higher chlorine concentration than the concentration required to kill bacteria. But even so, adding too much chlorine to the water and ingesting it over long periods can lead to a higher risk of bladder cancer, asthmatic conditions, damage to the central nervous system, abnormalities to the liver and kidneys, and other complications. At the same time, adding too little chlorine to the water can cause living bacteria to be left behind that would otherwise be destroyed. The presence of bacteria in the water could cause a host of diseases and illnesses once consumed.

What Are Alternatives to Chlorinating Well Water?

If the effects of chlorination give you a scare, don’t worry; there are other options for disinfecting your water. A small first step would be to replace the chlorine with chloramine. Chloramine is a derivative of ammonia that doesn’t dissolve into the environment as quickly as chlorine and doesn’t interact with organic compounds in the water in a bad way like chlorine does. However, not everyone might like traces of chloramine in their water because it causes rashes after showering in some people and can increase lead exposure as it leaches the heavy metal off old pipes and plumbing fixtures.

Another option would be to purchase a premium well water system to purify the water. A unit like the single-tank Springwell Air Injection Oxidizing Filter System removes iron, sulfur, and manganese from water by maintaining an “air pocket” in the top of the tank, removing the minerals as the water passes through it. This system is highly efficient and cost-effective. But even though the system itself doesn’t remove bacteria, viruses, and other microbes, you can install a UV system to cancel out those unwanted agents. The system requires no maintenance and combining the Well Water Filter System and a powerful UV system will be a powerhouse solution giving you and your family clean, safe, great tasting water at every tap.

Springwell Water Filtration Systems is a reputable source for some of the best well water systems on the market. With over 20 years of experience in water quality improvement, the company strives to provide every family with the purest filtered water available. Check us out at www.springwellwater.com to see our offerings.

Using a private water well is a natural way to supply your home with fresh, clean water. However, since well water doesn’t go a water treatment plant like municipal water, it is your responsibility to ensure that your drinking water is safe for drinking. Unfiltered water might contain a host of contaminants, such as bacteria, VOCs, and other toxins. Municipal sources normally disinfect their water with chlorine, but while chlorine certainly has its benefits, some people believe that it is not safe. If you’re not willing to take the “risk” with chlorine, you can install a well water system like that above. Just make sure to install a UV add-on to kill any bacteria, viruses, and other microorganisms that might still be present.